Microdosing ayahuasca is a touchy and controversial subject. Last year, I posted a video talking about my ayahuasca microdosing morning routine, and received a considerable amount of backlash.

That video really upset some people, and I understand why. I’m a white woman, with no traditional lineage, talking about ayahuasca consumption outside of formal ceremonies, and some people hold a lot of judgment around that. On top of it, the conversation around cultural appropriation is more polarized than ever.

But as we all know, these are unprecedented, challenging times. As a result, we are facing the most devastating mental health crisis in human history.

I think it’s time we put strong opinions and critical judgments aside so we can at the very least have open conversations around how we can help support more people through this mental health crisis.

The Severity of the Mental Health Crisis

According to a recent study from the National Center for Health Statistics, one-third of Americans are showing signs of clinical depression or anxiety. These numbers are alarming, to say the least.

In an article printed in the Washington Post titled: The Coronavirus Pandemic is Pushing America into a Mental Health Crisis:

The U.S. is not prepared to handle this crisis. As Willian Wan wrote in the Washington Post article, some clinics are already on the brink of collapse.

On a physiological level, the primary goal of common antidepressants, which are selective serotonin reuptake inhibitors (SSRIs), is to help increase serotonergic activity in the brain.

Unfortunately, the majority of these pharmaceutical drugs have numerous unpleasant side effects like weight gain, insomnia, fatigue, loss of sex-drive, to name a few.

The use of antidepressants in the US is continuing to climb and is currently at an all-time high. According to a recent article published in Time Magazine, 13% of the American population is on antidepressants.

Despite the surge in the consumption of antidepressants, the effectiveness of the drug remains low, with a high remission rate. Treatment-Resistant Depression is becoming more common, which means people are “responding inadequately” to treatment with antidepressant drugs.

According to an article published in Frontiers of Psychology, approximately  30% of patients struggling with depression, are resistant to currently available antidepressant medications.

Yet another reason to seek out alternatives.

Psychedelics Are Proving to Be An Effective Treatment For Depression

So far, the results have been overwhelmingly positive, especially for treatment-resistant-depression.

The FDA went as far as calling psilocybin a “breakthrough therapy” for severe depression, helping to speed up the approval process for using psilocybin (the active hallucinogenic ingredient in magic mushrooms) to treat major depressive disorder (MDD).

Although the psychedelic research pertaining to depression is overwhelmingly promising, the future of psychedelic treatment is likely to remain under a medical model, requiring licensed doctors and therapists to supervise treatments. This, of course, is absolutely necessary and beneficial for many people, yet it may also remain very expensive to receive psychedelic-assisted treatment.

Not everyone has access to psychedelics, and keep in mind they are still classified as a Schedule I drug in the US, which makes them illegal to consume.

There’s also been a number of studies exploring the beneficial anti-depressant effects of ayahuasca. In one randomized placebo-controlled trial, researches found that ayahuasca offered “rapid” antidepressant effects particularly for those suffering from treatment-resistant depression.

Typically, this research uses ayahuasca brew that includes both the ayahuasca vine (banisteriopsis caapi), and the chacruna leaf (psychotria viridis), which contains DMT.

Like other classical psychedelics, DMT is also still considered Schedule I drug in the US, which makes ayahuasca brew (consuming both plants together) illegal to consume.

What’s interesting to note is that consuming ayahuasca vine on its own, without the DMT component, is legal in the US and as it turns out, the vine is a powerful plant medicine in its own right, with its own natural anti-depressant qualities.

Ayahuasca Is a Natural Antidepressant: Here’s the Science Behind It

Before I get into explaining how ayahuasca acts as a natural anti-depressant, keep in mind that the ayahuasca vine contains incredibly complex chemistry, most of which we still don’t understand.

Due to the ban on psychedelic research, there is limited understanding of exactly how the compounds in the vine influence our neural-chemistry.

It seems like once again, science is trying to catch up with what some cultures have understood for thousands of years: that ayahuasca is a powerful plant medicine used to support people in a wide variety of ways.

Serotonin is a neurotransmitter produced in the brain and gastrointestinal tract, from L-tryptophan, which is an essential dietary amino acid.

Deficiencies in tryptophan and serotonin are linked to depression (as well as a variety of other pathologies and mental disorders including alcoholism, suicidal ideation, PTSD and anxiety, loss of sexual interest, and low moods).

We have a naturally occurring enzyme called monoamine oxidase (MAO), that among other things, metabolizes serotonin in the body.

These are known as reversible monoamine oxidase inhibitors or reversible MAOI’s.

This means that beta-carbolines prevent that specific MAO enzyme from breaking down serotonin. As a result, levels of serotonin in the brain begin to increase since it’s no longer being broken down by the MAO enzyme, which allows serotonin production to continue unabated.

In this way, ayahuasca acts similarly to selective serotonin reuptake inhibitors (SSRIs), because the beta-carbolines are also inhibiting the reuptake of serotonin.

Research shows that tetrahydroharmine also has some serotonin reuptake inhibiting properties and studies in animals have shown that harmine has antidepressant effects in behavioral animal models of depression.

Did you know that depression can be considered a mild neurodegenerative disorder? Research shows that depression is associated with structural alterations resulting from atrophy and loss of neurons and glial cells, primarily in the prefrontal cortex (PFC) and the hippocampus.

People with depression show signs of atrophy and neuronal loss in the hippocampus (primarily associated with memory and learning).

This understanding is leading to new strategies when it comes to treating depression and may be another reason that contributes towards ayahuasca’s natural antidepressant properties.

Research from this study led by Jose A. Morales-García found that harmine, tetrahydroharmine, and harmaline, the three main alkaloids present in ayahuasca vine, and the harmine metabolite harmol, stimulate adult neurogenesis in vitro.

Neurogenesis is the process by which new neurons are formed in the brain. Part of the reason that antidepressant drugs can be effective is because of their ability to stimulate neurogenesis.

Think of BDNF as miracle grow for your brain. I also talk about the importance of BDNF in this article on how psychedelics can help support cognitive flexibility.

BDNF promotes the survival of nerve cells (neurons) by playing a role in the growth and maintenance of these cells. The BDNF protein also plays an active role where cell-to-cell communication occurs, at the synapsis or the junction between cells. As a result, the BDNF protein helps regulate synaptic plasticity, which is important for learning and memory. 1

The authors from the study concluded:

“These data suggest that harmine and potentially the other β-carbolines present in B. caapi contribute to the therapeutic effects of ayahuasca observed in clinical studies involving patients with depression.”

The other interesting thing to note is that ayahuasca is also a natural antioxidant, and antioxidants are shown to help prevent neurodegenerative disorders and can play a role in promoting functional neurogenesis.2

How Ayahuasca Treated My Depression

As someone who has recently struggled with depression, I’m intimately familiar with the devastating effects that depression can have on one’s life.

When the coronavirus was taking the world by storm back in March, I also fell ill with a virus that I suspect with COVID, although I wasn’t able to receive testing.

The virus knocked so many of my systems out of balance and I suffered from chronic fatigue for multiple months after I was sick. During that time, I kept expressing to my husband that I felt like the virus was attacking my brain, as I struggled with low moods and severe brain fog.

I didn’t realize how bad the situation had become until I spoke with a medical doctor who, to my surprise, recommended I take antidepressants for depression.

Depression has a funny way of sneaking up on you. Before you know it, and without realizing what’s happening, it can feel like being thrown in a small dark room where all of a sudden, you don’t know how to find the doorknob or the lightswitch in the dark.

Thankfully, because I have in-depth experience with microdosing ayahuasca vine, and I happened to have some leftover from a plant medicine retreat I had facilitated just a few months prior. Luckily, I was able to start a two-month microdosing protocol immediately.

Within just a few days of microdosing ayahuasca vine, I started to feel like myself again. This was the boost that I needed that supported a chain of positive effects. Because I started to feel better, I was able to start going for my walks again, I started making healthier food choices, and then I started sleeping better, all contributing to my recovery.

One of the most common reports I receive from the majority of people I’ve supported in cultivating a mindful microdosing practice with ayahuasca vine, is a general overall boost in mood and a more positive outlook on life.

Even when I’m not struggling with depression, which thankfully is the majority of the time, microdosing ayahuasca has been incredibly beneficial and has improved my overall mental health and wellbeing in innumerable ways.

Microdosing Ayahuasca Vine is a Viable Option for Treating Depression.

Many people are apprehensive about working with psychedelics. One of the reasons I think microdosing can offer us a viable solution to addressing the mental health crisis is because we can still reap many neurological benefits at smaller doses. You don’t need to do a deep dive into your psyche and explore the fascinating world of intense hallucinations (if you don’t want to) in order to start safely feeling better within days.

I recommend working with someone to help guide your practice, especially in terms of honing in on a dosage and protocol that’s best for you.

There are risks to be aware of as well as medical contra-indications. It’s not recommended to work with ayahuasca if you are currently on SSRIs. Do your own research or consult with an experienced practitioner.

Of course, there are also other options when it comes to microdosing psychedelics, like working with psilocybin or LSD that can also bring innumerable benefits, although keep in mind that unlike ayahuasca vine, these substances are still illegal in the US.

I know the topic of microdosing ayahuasca might be controversial to address. But I also care about the mental health and wellbeing of the millions of people struggling through incredibly difficult times right now.

With the alarming rise in depression, anxiety, and unprecedented rates of suicide, we urgently need to explore effective alternative solutions to alleviating the mental health crisis.

Sacred plant medicines like ayahuasca vine may be the best, legal and most effective alternative we have access to. 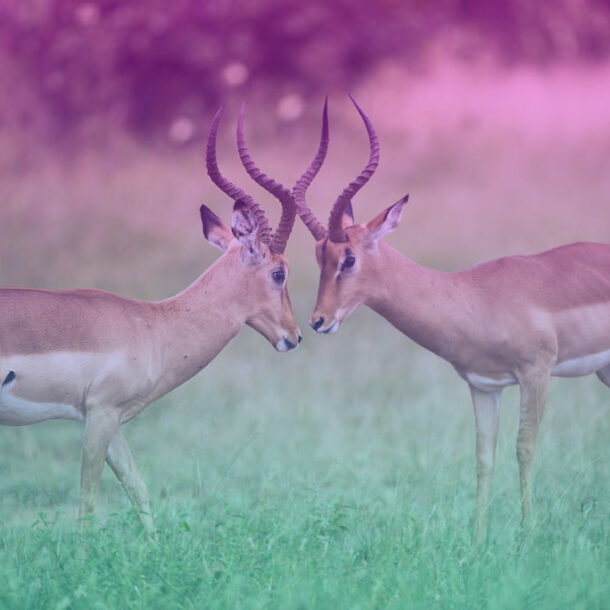 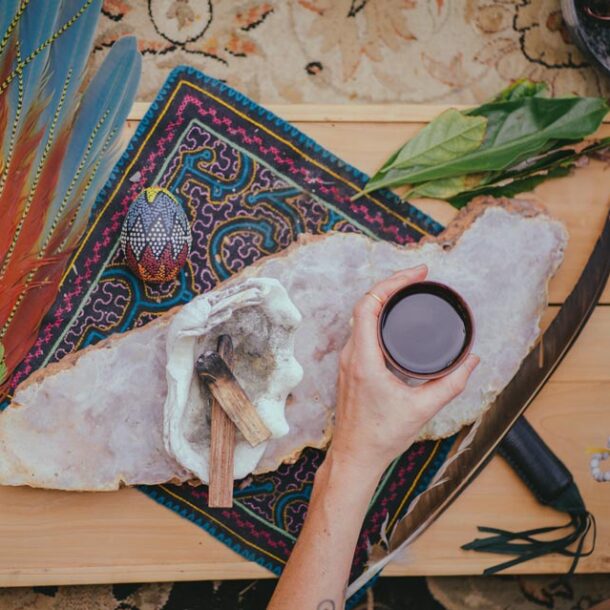 5 Benefits I Receive From MicroDosing Ayahuasca
Next Article 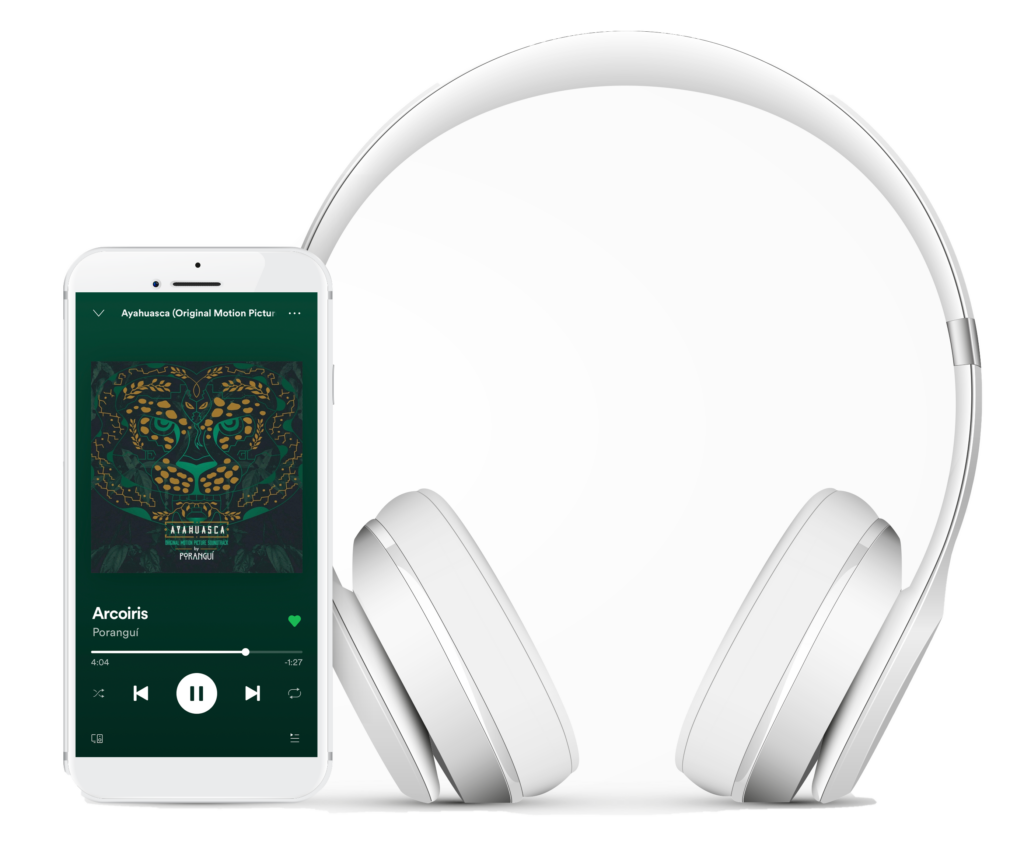